Releases July 9, 2021
A film about Natasha Romanoff in her quests between the films Civil War and Infinity War.

MCU Movies
a list of 26 titles
created 4 months ago

Search for "Black Widow" on Amazon.com

What You Need to Know Before Seeing 'Black Widow' 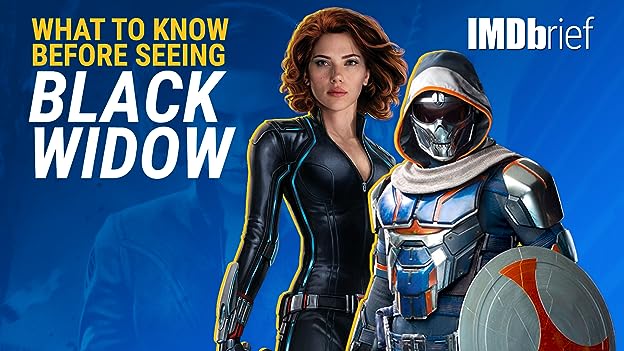 Get into everything you need to know about Natasha Romanov's friends and foes before you see Black Widow.

At birth the Black Widow "aka Natasha Romanova" is given to the KGB, which grooms her to become its ultimate operative. When the U.S.S.R. breaks up, the government tries to kill her as the action moves to present-day New York, where she is a freelance operative. Written by rianmistry

Rated PG-13 for intense sequences of violence/action, some language and thematic material

Both Scarlett Johansson and Marvel expressed interest in a potential solo film several times over the following years, before development progressed with the hiring of Jac Schaeffer and Cate Shortland in 2018, even though Shortland has no experience in directing big budget action films. See more »

Natasha Romanoff: How many others are there?
Yelena Belova: Enough.
See more »

The Marvel logo turns red and black and takes on an hourglass marking, the traits of a black widow spider. See more »

Referenced in Half in the Bag: The Assistant and The Wrong Missy (2020) See more »

Q: Will Hawkeye be in this film?
Q: Who will be the villain?
Q: With COVID-19 delaying the release of this movie, does she (Scarlett Johansson) get paid before the work starts, when she's done filming or when the movie is finally released?
See more »
Edit