PG | 1h 33min | Animation, Adventure, Comedy | 15 May 2020 (USA)
2:23 | Trailer
10 VIDEOS | 419 IMAGES
Scooby and the gang face their most challenging mystery ever: a plot to unleash the ghost dog Cerberus upon the world. As they race to stop this dogpocalypse, the gang discovers that Scooby has an epic destiny greater than anyone imagined.

Search for "Scoob!" on Amazon.com

How Will Forte Became Shaggy and Predicted the Future 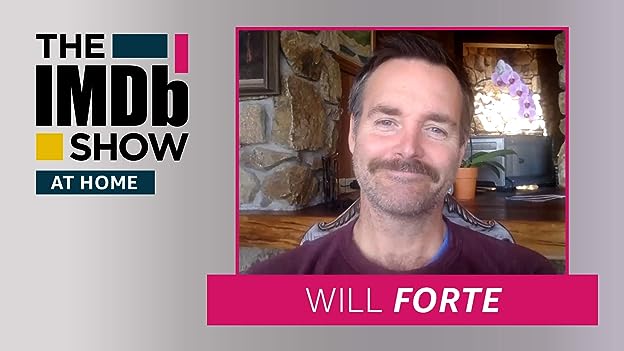 The new voice of Scooby-Doo's sidekick reveals his approach to creating memorable characters, and how surprised he is by what "The Last Man on Earth" managed to get right.

A family must use a magical box of Animal Crackers to save a run-down circus from being taken over by their evil uncle Horatio P. Huntington.

The Mystery Inc. gang must save Coolsville from an attack of past unmasked monsters brought to life by an evil masked figure trying to "unmask" the gang.

Scooby-Doo is the hero of his own story in "SCOOB!," the first full-length, theatrical animated Scooby-Doo adventure, which reveals how he and his best friend Shaggy became two of the world's most beloved crime busters. The story takes us back to where it all began, when a young Scooby and Shaggy first meet, and team up with Velma, Daphne, and Fred to launch Mystery Incorporated. Written by Paul Giordano

Rated PG for some action, language and rude/suggestive humor | See all certifications »

In the flashback scene, when the gang is chased by the ghost in the haunted house, the ghost appears to be flying by his own as there is no string holding him. But before they realize he's fake, a string suddenly appears. See more »

Part of the closing credits are a montage of the Scooby gang and their friends/enemies on various adventures. See more »

Any contact with the female is the dystopian road to babies guys.Be careful of the Subliminal man-woman msg and thank goodness for animal kingdom to annihilate the latter.
8 August 2020 | by BApianoCatDogSnailplAntWearPink – See all my reviews

If you like this animation movie enjoy. All comedy is sucked away by 51% of the world's population whose goal is replication of humans, not creativity, want to disintegrate dreams of the 49% and are an enemy of all creative arts including animation. Need to be herded in correctional facilities to figure out how to deal with these actual walking viruses. Spy/secret agents need to reevaluate their focus and annihilate. Need to get torn up by animal kingdom. Movies with humans have the hero and girl trying to get with each other. They even include animals assuming human characteristics of that man-woman nonsense. Be careful of what gets brainwashed into your subconscious from this. Watch out for hole guys. The romance angle (romance(tm) is too much a term for this) is handled charmingly/cutesy but all of this is like aw man here we go with this stuff. I know this movie spiderman ffh is showing guidance to males how to deal with females. All imagination shown in this movie, creativity is the male ability, while females are replication of humans (aka babies) so both goals are contrasts with each other and know if you stick it in their hole your creativity goes swoosh disintegrates, you fall inline with patriarchy which is uncompromising. Replication is them celebrating the debauchery of humankind while creativity is trying to get closer to God (creating imaginative things.) Any contact with female is the road to babies guys. Even the cutesy way movie dalliances are portrayed. I cant provide all the know-how on the matter, what I can state here that someone else hasn't figured throughout the thousands of yrs of human knowledge. They want to grind up men but it is I who grind them into fine dust. Wear pink to take their power away? I get it's hormones, just j/o in toilet or napkin. Also virtually all pawrn skyaenks have baby trash they secretly keep away from their viewers/clients to upkeep "fantasy" they are "pristine." Nintendo Mother/Earthbound textbook to be released wee- BApiano