The Ballad of Roger Mac

What to Stream With Your Family Right Now

Here's our quick guide to the best family-friendly movies and shows you can stream right now.

TV Shows: What to watch
a list of 45 titles
created 1 week ago 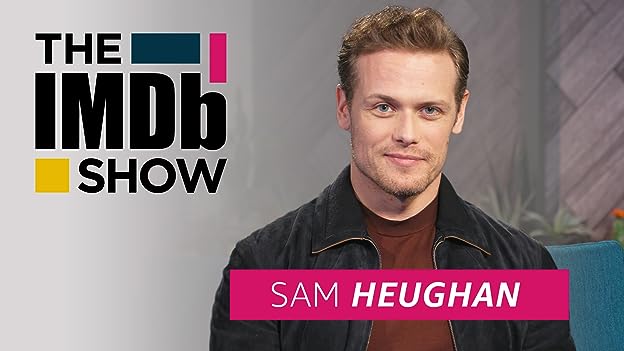 Caitriona Balfe, who was a ramp model before she ventured into serious acting, said in an interview they she is used to getting naked in front of 30 people and is confident with her body. She has no problems baring it all for the show that has catapulted her to international fame. See more »

An excellent adaptation of the books for all us Outlander fans!
11 August 2014 | by mcampbelljh1 – See all my reviews

I've recently been reading (actually listening to the audio-books) the Outlander series of books having completed 5 so far so when I saw the Starz TV series was coming out I just had to watch it. I must say I loved the Outlander books, but I'm not a fanatic when it comes to translating books to the screen they are very different mediums and thus can take on a different look and feel and that's OK with me. In this case, I don't think people who are would be disappointed anyway as the screen writers did an excellent job of translating the 1st part of the book to the screen (I've only seen the 1st episode but I'm already hooked so I'm sure I'll enjoy the rest).

I loved their choice of actors to take on the roles of Jamie, Claire, Frank and Dugan. Sam Heughan is perfect as Jamie Fraser (just the right bit of good looks and ruggedness one might expect in Jamie). Caitriona Balfe also seemed like a good choice for Claire (beautiful yet strong enough to carry the role). I think Frank/Jack Randall's portrayal by Tobias Menzies will also fit my vision of Frank/Jack and I think he can carry off both roles one as the wicked Jack and the other as the loving yet dull Frank (when compared to Jamie). And the Scottish actors like Graham McTavish (Dougal) will bring old Scotland to life on the screen for me.

From the 1st episode I think they producers will not be shy to include the more sexual aspects of the Outlander books, as they do have this erotic element that actually makes the love between Claire and Jamie the driving force of their relationship which allows it to span centuries, even when they are no longer together. It's that love/passion for each other that keeps them alive in each other's heart and so far to the directors credit, they have not been shy about adding it. I'm looking forward to the Claire Jamie love scenes hopefully to come... I'm also going to enjoy the Scottish history and scenery, and loved the way they so far have included it in the TV series. It's going to be very interesting to me especially as my ancestors are Scottish.

I know Starz will be increasing its revenues with this series' fans all signing up just to see it. There must be millions of us around the world that love these books and I'm sure like me many of them will order the cable channel just to watch this. I'm very happy to see Starz did such a good job in bringing this to life on the screen. So rarely do we get a good adult drama on TV these days, and this will surely be that. I'm liking many of the original show Starz is offering this season like this and Black Sails, Strikback. Who ever is heading their creative development deserves a lot of credit for their selection of shows to produce. I think Starz is catching up to HBO and Showtime in it's original shows and might even surpass them if it keeps producing shows of this quality plus they have a much better selection of movies that the other channels. As a new Starz member, I'd recommend it to others.

Q: What is the political background for Outlander? What are Jacobites?
Q: What is the name of the theme song?
Q: How can Roger be a descendant of SPOILER
See more »
Edit