October Picks: The Movies and TV Shows You Can't Miss
a list of 12 images
updated 6 months ago
Create a list »

How Taika Waititi Balances Emotion and Humor on Film 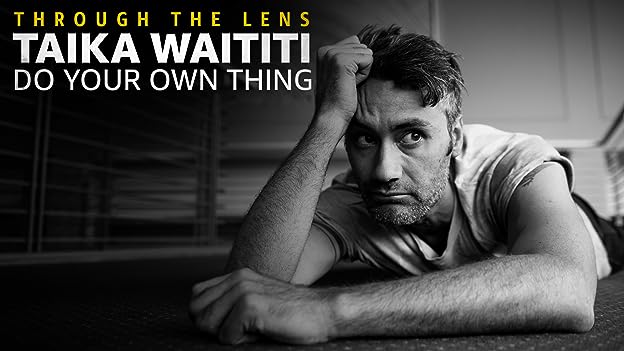 In films like What We Do in the Shadows, Thor: Ragnarok, and Jojo Rabbit, director Taika Waititi has a unique knack for balancing emotional drama with light-hearted comedy.

Jo March (Saoirse Ronan) reflects back and forth on her life, telling the beloved story of the March sisters - four young women, each determined to live life on her own terms.

As JoJo walks around town after Hitler tells him to start acting his age, he sees citizens (Volksturm) learning to use the Panzerfaust, a hand-held anti-tank weapon that was very easy to operate and deadly against Allied tanks and other armored vehicles during the invasion of Germany in 1945. See more »

The "free Germany" sign Rosie is passing around is on a modern bumper sticker. This goof may well be intentional. The movie is loaded with modern references that are played for laughs (using The Beatles and David Bowie in the soundtrack and lines such as Fraulein Rahm saying "O... M... Gott" instead of saying OMG.) See more »

Elsa Korr: There are no weak Jews. I am descended from those who wrestle angels and kill giants. We were chosen by God. You were chosen by a fat man with greasy hair and half a moustache.
See more »

Referenced in WatchMojo: Top 10 Movies That Should Be on Your Radar This Fall (2019) See more »

For me this film is a total paradox. I have never laughed so hard in one scene and then cried like a baby in the next. It's unique. Go watch.