As the trial begins, Jacob's fate hangs in the balance.

When new evidence is discovered, Andy is taken off the case.

Andy admits a family secret to Laurie before it becomes public.

Film Night
a list of 21 titles
created 5 months ago

How many episodes of Defending Jacob have you seen?

Search for "Defending Jacob" on Amazon.com

Michelle Dockery Gets Quizzed On Her IMDb Page 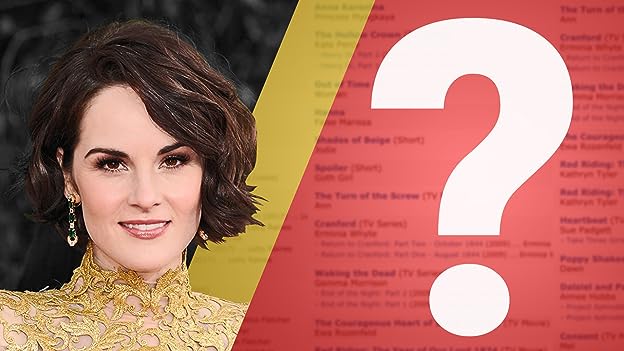 IMDb quizzes "Defending Jacob" star Michelle Dockery on how well she knows her own IMDb page.

An inside look at the lives of the people who help America wake up in the morning, exploring the unique challenges faced by the men and women who carry out this daily televised ritual.

Far in a dystopian future, the human race has lost the sense of sight, and society has had to find new ways to interact, build, hunt, and to survive. All of that is challenged when a set of twins is born with sight.

A young girl from the big city uncovers clues to an unsolved cold case while visiting her father's small lakeside town.

A true-crime podcaster tries to solve the mystery surrounding a family patriarch's death.

Based on the true story of Marie, a teenager who was charged with lying about having been raped, and the two female detectives who followed the path to the truth.

All Jason and Nikki want is a baby, but it's the one thing they just can't have. So, they decide to adopt. With their dysfunctional friends, screwball family, and chaotic lives will the adoption panel think they're ready to be parents?

Andy Barber has been an assistant district attorney in his suburban Massachusetts county for more than twenty years. He is respected in his community, tenacious in the courtroom, and happy at home with his wife, Laurie, and son, Jacob. But when a shocking crime shatters their New England town, Andy is blindsided by what happens next: His fourteen-year-old son is charged with the murder of a fellow student. Every parental instinct Andy has rallies to protect his boy. Jacob insists that he is innocent, and Andy believes him. Andy must. He's his father. But as damning facts and shocking revelations surface, as a marriage threatens to crumble and the trial intensifies, as the crisis reveals how little a father knows about his son, Andy will face a trial of his own - between loyalty and justice, between truth and allegation, between a past he's tried to bury and a future he cannot conceive. Written by waynerussell-76767

Leading man Chris Evans and original author William Landay are both from Boston (MA), Landay having served as an Assistant District Attorney in Massachusetts before becoming a writer. Evans' Andy Barber plays an assistant DA in Newton, the city in which Landay's novel takes place. See more »

I like the start of this show, have watchee a few episodes but its catchy, great storyline, great acting and the characters are just fit for the story. Dont hesitate to give it a try

Q: Just wondering if this is a update of the Neeson-Streep film "Before and After?"
See more »
Edit