The President's shot upon arriving at what is supposed to be his birthday party. Olivia who's there, goes to the hospital. And she recalls moments from her days in the White House. The Vice President...

White Hat's Back On

As they get closer to uncovering the mole's identity, Olivia and her team find themselves in an increasingly dangerous situation.

The Price of Free and Fair Elections

After Cyrus learns of Maya Pope's latest plan to kill President Grant, his hesitance turns the tide of the election.

Scary Good British Horror Movies to Keep You Up at Night

From Saint Maud to The Wicker Man here are some British horror movies that are certain to keep you looking over your shoulder for weeks to come.

Search for "Scandal" on Amazon.com

The Rise of Kerry Washington 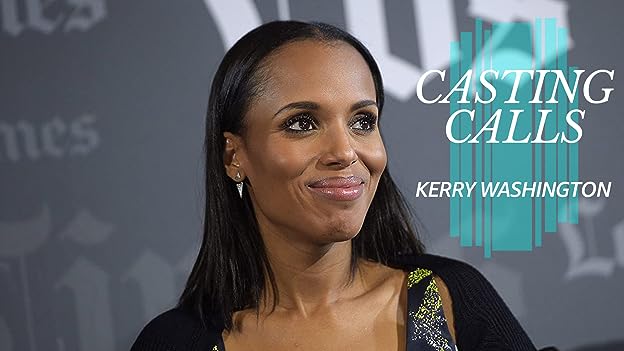 Kerry Washington competed against some of her best friends during "Scandal" auditions. Learn who else almost played Olivia Pope, and the roles that Washington considered along the way.

When you get into trouble there's only one person to call, Olivia Pope. Olivia is a professional 'fixer' who makes problems go away before anyone even knows they exist. For the moneyed, the powerful and even the President, Olivia is a legend in her field. Her spectacular success is mostly due to her unbreakable rule of always trust your gut. No matter how careful you are, when you do damage control for a living, you're bound to cause some damage to your own life. She and her crew eat, sleep, live and breathe crisis. Each week, as the team races against the clock to defuse intriguing new problems before they become full-blown disasters, they also have to deal with their own personal issues. They may call themselves 'gladiators in suits', but little by little, Olivia and her crew begin to reveal the chinks in their armor. Written by Anonymous

The balance of power is about to shift. (Season 6) See more »

Costume designer Lyn Paolo refused to borrow any designer clothes from fashion designers and insisted that each item worn by the characters be bought since the show frequently employs flashbacks and items are constantly reused. See more »

Washington, D.C. rarely appears to have a winter. When the plot happens during a winter, often characters will wear light outdoor clothing, there is no trace of snow on the ground, and the sun doesn't rise late and set early. See more »

When Grey's Anatomy start going stale Scandal pops up. One of the best TV series ever. Every single episode leave you wanting for more! Starting off with the president looking scandalous to understanding the love he and Olivia have for each other. Fast pace keeps you guessing. Just not enough in your face dirty politics like 'Boss'. Something different from those boring same old monotone drama. 7 episodes in Season 1 is not enough. Till the last episode will keep you guessing who is the one that orchestrate all the things that happened. It is definitely one of the best TV series in 2012. Not to be missed most definitely.

Q: Are any plots on "Scandal" based on real-life political scandals?
Q: Where did the idea for this TV show come from?
Q: What songs are featured on the show?
See more »
Edit