Two-hour Christmas special and the series finale. Mary endeavors to build bridges with her sister while Edith's secret continues to pose a threat. As Henry settles into the role of husband and ...

Christmas 1919. Downton Abbey is hosting a lavish Christmas party, yet despite being the season of goodwill, tensions are rife and Bates' arrest has cast a shadow over the festivities.

How many episodes of Downton Abbey have you seen?

Search for "Downton Abbey" on Amazon.com

How Does Michelle Dockery Cry on Cue? 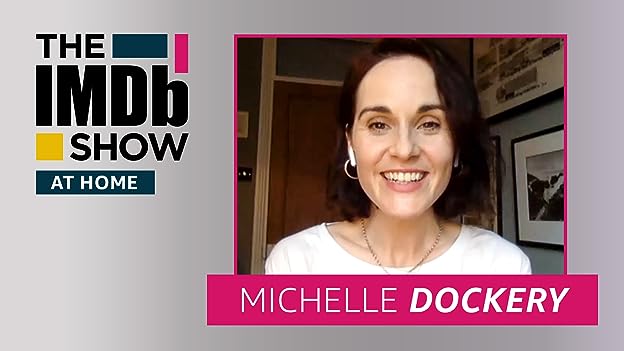 The star of the new Apple TV+ series "Defending Jacob" shares her technique for reaching emotional peaks on screen and fondly remembers a costume piece she left behind.

The continuing story of the Crawley family, wealthy owners of a large estate in the English countryside in the early twentieth century.

A housewife in 1958 decides to become a stand-up comic.

While the arrival of wealthy gentlemen sends her marriage-minded mother into a frenzy, willful and opinionated Elizabeth Bennet matches wits with haughty Mr. Darcy.

An antisocial maverick doctor who specializes in diagnostic medicine does whatever it takes to solve puzzling cases that come his way using his crack team of doctors and his wits.

The early life of Queen Victoria, from her ascension to the throne at the tender age of eighteen to her courtship and marriage to Prince Albert.

By day, mild-mannered Dexter is a blood-spatter analyst for the Miami police. But at night, he is a serial killer who only targets other murderers.

An English combat nurse from 1945 is mysteriously swept back in time to 1743.

Lord Robert Crawley, Earl of Grantham (Hugh Bonneville) sees his family heritage, especially the grand country home Downton Abbey, as his mission in life. The death of his heir aboard R.M.S. Titanic means distant cousin Matthew Crawley (Dan Stevens), a Manchester lawyer, suddenly is next in line and accepts moving onto the vast estate with his even more modernist, socially engaged mother, who clashes with his Lordship's domineering, conservative mother, the dowager countess. Marrying off the daughters is another concern. Meanwhile, the butler presides over a staff which serves the family, but also lead most of their entire lives in the servants' quarters, intriguing amongst themselves. Written by KGF Vissers

There are several occasions in the first two seasons when a wedding band tan line is evident on Carson's ring finger. Jim Carter who plays him is married, but Carson was not. See more »

Beautifully produced, and for me one of the better programmes airing this year
7 November 2010 | by TheLittleSongbird – See all my reviews

I have to say I loved Downton Abbey, and thought it was one of the better programmes airing this year along with Luther, Sherlock and the stunning Channel 4 drama Mo. Downton Abbey was beautifully produced, well cast and interesting, when it was first advertised it looked as though ITV had a hit and from the first episode I think Downton Abbey lived up to that expectation.

I for one loved how elegant Downton Abbey was. The photography was beautiful and skillful, while the scenery was breathtaking and the costumes were exquisite. The scoring was also very good, often very hypnotic and beautiful. The direction was controlled, the episodes were well paced and for me the characters were believable my favourites being Violet and Robert.

The writing in general was another strength. It was witty in a subtle way, is often funny and could be heart warming and poignant too, the best coming from Violet and Mrs Hughes I felt. The only bit of dialogue that rang false, and this is such a minor criticism, is Robert's "Downton is my third parent and my fourth child" which came across as somewhat cheesy. And the stories were well written and as believable as the characters, not to mention pretty original.

And of course the acting was excellent. Maggie Smith was perfect as Violet. She plays this sort of character well, and she had such good timing and dialogue. Plus I love her in costume. Hugh Bonneville was dashing, and I cannot get over how beautiful Michelle Dockery was here. Jessica Brown-Findlay was also fine as another of my favourite characters Lady Sybil, and Phyllis Logan was always good value though I would love to see more of her if and when the series returns.

In conclusion, Downton Abbey was a wonderful series thanks to the great cast and production values especially and I cannot wait to see more. 10/10 Bethany Cox

Q: What relation is Matthew to the Earl?
Q: Was DA a rehash of 'The Cedar Tree'
Q: How does the Dowager Countess not know what "weekend" means?
See more »
Edit