Everything That's New on Hulu in July

There's a lot to love about Hulu's streaming offerings this month—get excited for brand-new series and old favorites.

Is 'Tenet' an 'Inception' Sequel? 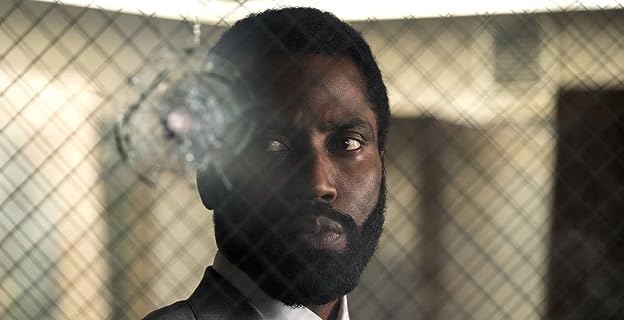 Let's look at some of the mind-blowing fan theories that are circulating about Tenet.

An insomniac office worker and a devil-may-care soapmaker form an underground fight club that evolves into something much, much more.

A computer hacker learns from mysterious rebels about the true nature of his reality and his role in the war against its controllers.

Two detectives, a rookie and a veteran, hunt a serial killer who uses the seven deadly sins as his motives.

Early in this movie, during Mal and Cobb's conversation in a room within Saito's estate, Mal comments on a painting in the background. Cobb replies stating that Saito "is partial to postwar British painters". This is referring to the artist, Francis Bacon. The painting, "Study for Head of George Dyer", is of his late lover, whom he painted long after Dyer's death to perpetuate his memory. See more »

Saito's helicopter takes off from a rooftop in Tokyo, with the distinctive red and white Tokyo Tower in the background of several shots. But it lands moments later at the ultra-modern Farnborough Airport in England, more than 5,900 miles away. See more »

There are no opening credits or titles. See more »

After DI Caprio' magic with SCORCESE...It's time 2 see the pairing of 2 BRIILIANT people with a completely different piece of A MASTERPIECE....
12 July 2010 | by sayans-world – See all my reviews

When i see any upcoming NOLAN films, i cannot hold my nerves together...Starting from the sheer brilliance of MEMENTO,THE PRESTIGE,THE DARK KNIGHT n all perhaps he is the most talented and thought innovative director in Hollywood..In other words, unless u see a NOLAN film till the climax , u cant't predict it's ending n that's what i like about him...He simply keeps puzzling the past and the present in perhaps the most thoughtful way... Coming 2 the film, its another gem of a work by Di Caprio after SHUTTER ISLAND...N wen u have casting like MICHAEL CAINE,ELLEN PAGE,Joseph GORDON- LEVITT etc its surely a must watch..I can assure u that u cant't even leave a single second while watching the film..It's a sci-fi,thriller directed by NOLAN..That says it all... Afterall "YOUR MIND IS THE SCENE OF THE CRIME"... Frankly speaking a must watch movie without any doubt....

Q: What significance did the numbers on the piece of paper that Eames gives Fischer Jr. have?
Q: Where was the third dream level (the snow fort) filmed?
Q: What is the evidence that shows the whole film is a dream?
See more »
Edit