The Best TV and Movies to Watch in November

Check out our editors' picks for the movies and TV shows we're excited about this month, including the premieres of "Marvel 616," Proxima, and more.

Editors' Picks: Streaming TV and Movies on Prime Video
a list of 40 images
updated 6 days ago

Favorite movies
a list of 21 titles
created 2 days ago

The Rise of Sacha Baron Cohen 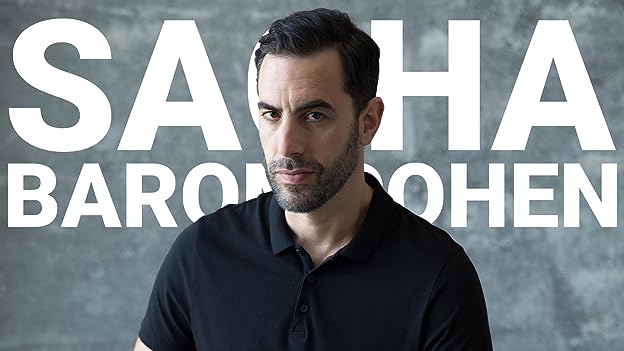 Sacha Baron Cohen spent years interviewing unsuspecting subjects as characters like Ali G, Brüno, and Borat, As he returns to the screen in Borat Subsequent Moviefilm, we look at his career, from TV interviewer to dramatic actor.

Follow-up film to the 2006 comedy centering on the real-life adventures of a fictional Kazakh television journalist named Borat.

The New York Post reported that babysitter Jeanise Jones felt "betrayed" by the filmmakers who told her that she was going to be in a documentary about a young woman being groomed to marry an older man. See more »

When they are going through the manual Borat's daughter asks "Could a woman read a book?" . Both subtitles and Borat's response are about "Could a woman drive a car?". See more »

[first lines]
Borat: Jak sie masz? My name-a Borat. My life is nice, NOT! But how I end up like this?
[working in a gulag]
See more »

The closing credits end with a dedication to Holocaust survivor Judith Dim Evans, who appeared in the movie in the synagogue and died shortly before the release. A picture of her is shown with her years of living (1932-2020) and her quote "I feel obligated to be a good person and to bring good to the world. We owe the dead." along with her website. See more »

The movie is fun, offensive, occasionally not for weak stomachs and obviously legendary already for the Giuliani bit. But Maria Bakalova as Borats daughter really kills it and I truly hope this opens the doors for her for a full fledged Hollywood career. I'll keep my fingers crossed.