Títulos Similares
a list of 34 titles
created 2 days ago

Search for "Looper" on Amazon.com 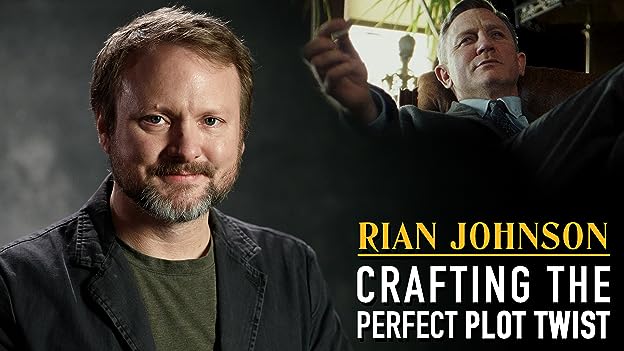 Rian Johnson—director of Golden Globe-nominated Knives Out—breaks down his process for creating unique plot twists while revealing some of his favorite moments in film history.

A soldier fighting aliens gets to relive the same day over and over again, the day restarting every time he dies.

Violence ensues after an extraterrestrial race forced to live in slum-like conditions on Earth finds a kindred spirit in a government agent exposed to their biotechnology.

A soldier wakes up in someone else's body and discovers he's part of an experimental government program to find the bomber of a commuter train within 8 minutes.

In a future where a special police unit is able to arrest murderers before they commit their crimes, an officer from that unit is himself accused of a future murder.

With the help of a mysterious pill that enables the user to access one hundred percent of his brain abilities, a struggling writer becomes a financial wizard, but it also puts him in a new world with lots of dangers.

In the year 2154, the very wealthy live on a man-made space station while the rest of the population resides on a ruined Earth. A man takes on a mission that could bring equality to the polarized worlds.

A veteran assigned to extract Earth's remaining resources begins to question what he knows about his mission and himself.

Years after a plague kills most of humanity and transforms the rest into monsters, the sole survivor in New York City struggles valiantly to find a cure in this post-apocalyptic action thriller.

Evan Treborn suffers blackouts during significant events of his life. As he grows up, he finds a way to remember these lost memories and a supernatural way to alter his life by reading his journal.

In 2035, a technophobic cop investigates a crime that may have been perpetrated by a robot, which leads to a larger threat to humanity.

For his final assignment, a top temporal agent must pursue the one criminal that has eluded him throughout time. The chase turns into a unique, surprising and mind-bending exploration of love, fate, identity and time travel taboos.

Former United Nations employee Gerry Lane traverses the world in a race against time to stop a zombie pandemic that is toppling armies and governments, and threatening to destroy humanity itself.

Joe is classified as a "looper", a job in which his employers use time travel to send men from the future to be killed into the past, where Joe can properly dispose of their bodies. However, to tie up loose ends and erase the evidence of his ever being a looper, Joe knows that one day his future self will be sent back for him to kill. When this day comes, Joe's future self is prepared and escapes, and the two men struggle separately in the past trying to evade capture and attempting to fulfill their own personal agendas. Written by Ellen

Face your future. Fight your past. See more »

The scene where Young Joe (Joseph Gordon-Levitt) falls off the fire escape was filmed on the actor's 30th birthday. Gordon-Levitt was left hanging on the stunt wires while the crew sang "Happy Birthday" and wheeled out a birthday cake. See more »

The crop on Sara's farm is sugar cane, which grows in a hot humid climate like Louisiana, where the movie was filmed. Her farm is supposed to be in Kansas, where sugar cane isn't grown. See more »

[first lines]
Joe: Time travel has not yet been invented. But thirty years from now, it will have been. It will be instantly outlawed, used only in secret by the largest criminal organizations. It's nearly impossible to dispose of a body in the future... I'm told. Tagging techniques, whatnot. So when these criminal organizations in the future need someone gone, they use specialized assassins in our present called "loopers." And so, my employers in the future nab the target, they zap him back to me, ...
See more »

The version shown on FX in the US features replacement footage for Piper Perabo's nude dialogue scene featuring her in lingerie; according to Rian Johnson on Twitter, it's also a different performance altogether. See more »

Q: What's "Looper" about?
Q: Why didn't they just timetravel people into space if they wanted to kill them cleanly? Why did they need Loopers at all?
Q: What is the first song as Joe drives to meet Seth?
See more »

i always approach a film especially when it is classified as scifi with liberal suspension of disbelief. because it is only through that that i was able to appreciate such scifi gems as Stargate and Fifth Element and many other that were otherwise written off by these so-called critics.

Looper is one of those films that should be appreciated by its message more than its genre. it uses the science fiction medium, complete with action stunts and wonders, as an apt and well-sculpted vehicle to a very beautiful message of self-sacrifice and positive reinforcement parenthood. the film goes to extra length to make the story plausible and solid and the actors, including the 'rainmaker' child, did a marvelous job of pulling it off.

i've always believed that the soul of any film, even as i appreciate great plot twists and great special fx and great acting and direction (yeah, i said great too many times!), is the message and/or portrait it intends to get across. Looper made a kill for it.