6 Returning Shows in May You Won't Want to Miss

Where to Watch: 2021 Golden Globe Nominated Films and TV Series
a list of 35 images
updated 3 months ago
Create a list »

Search for "Mank" on Amazon.com 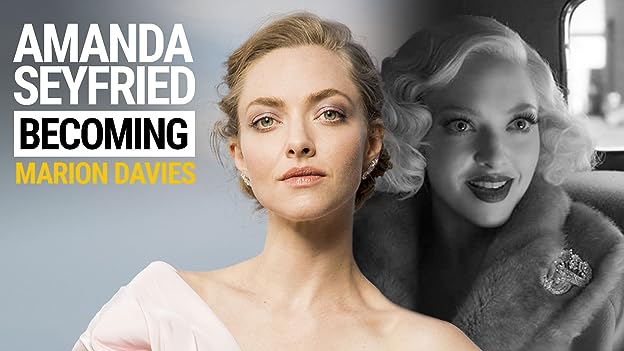 Academy Award nominee Amanda Seyfried reveals what it was like working with David Fincher on Mank and how similar she is to her character of Marion Davies.

1940. Film studio RKO hires 24-year-old wunderkind Orson Welles under a contract that gives him full creative control of his movies. For his first film, he calls in washed-up alcoholic Herman J Mankiewicz to write the screenplay. That film is "Citizen Kane," and this is the story of how it was written. Written by grantss

Rated R for some language | See all certifications »

The broadcaster announcing the person accepting the Academy Award for best original screenplay on behalf of Mankiewicz and Welles at the end of the movie is Ben Mankiewicz, a grandson of Herman J. Mankiewicz. Ben Mankiewicz is a presenter for Turner Classic Movies, which frequently airs films by Herman Mankiewicz and his brother Joseph. Ben's father, Frank, is portrayed briefly in Mank by the uncredited child actor Matteo Menzies; Frank Mankiewicz was Senator Robert F. Kennedy's press secretary, campaign director for the Democratic presidential nominee George McGovern, and the first president of National Public Radio. See more »

Herman Mankiewicz: Irving, you are the shrewdest executive in this town. Why are you acting like some dumb ward heeler? You don't need my donation. You don't need anybody's. You have everything it takes right here.
Irving Thalberg: Meaning?
Herman Mankiewicz: [sighs] Meaning you can make the world swear King Kong is ten stories tall and Mary Pickford a virgin at 40. Yet you can't convince starving voters that a turncoat socialist is a menace to everything Californians hold dear? You're barely trying.
See more »

The Netflix logos at the beginning and end are in full color, despite the film being in black and white. See more »

2020 has been a dull year in cinema with very few anticipated films to release this year. However, the movies that are anticipated have been... well... disappointing such as Tenet and unfortunately -- Mank.

David Fincher is one of the best working directors with fantastic films such as Se7en, Fight Club, The Social Network, Zodiac, etcetera, etcetera, etcetera and luckily enough, he once again went above and beyond and made this movie all the more watchable. When it was announced that David Fincher would be directing another biopic (after the hugely successful Social Network) I -- like many others -- was ecstatic. In preparation for the "New David Fincher Film" I went back and watched his entire catalog of films. Each of his films (with the exception of Alien 3) is HIS film -- it belongs to him. With the notable yellow/blues, wide shots, static camera and the especially intriguing material, his movies are masterpieces. Then I grew worried. Mank was sounding less and less like David Fincher's other movies. It is okay to make something new and different but I wanted more dark and suspense-filled cinema. Mank was not that -- which was not a bad thing and in fact, he pulled it off! Stylistically the movie is a masterpiece but the material felt empty and that became Mank's downfall.

With a David Fincher movie it is unlikely to be disengaged yet during Mank I found myself getting distracted, antsy, and even checking the time! I was confused and disappointed. The acting was great, the directing was once again great, I did not know what it was that was causing me to be so bored, then it hit me: nothing happened. "You cannot capture a man's life in two hours. All you can hope is to leave the impression of one." The movie was called "Mank," I was expecting a thorough analysis on Mank -- but I was not even left "the impression" of Mank. He was an alcoholic and wrote Citizen Kane... that was really it.

The directing and acting make this movie worth a 7/10. The story had potential but did not fulfill expectations. It is stylish, playful, well edited and an homage (not love letter) to 30s Hollywood making it worth a watch -- I continue to look forward to future work from David Fincher and his upcoming remake "Strangers".

Q: What is the significance of Louis B Mayer dropping his handkerchief out of the car window after Irving Thalberg funeral?
See more »
Edit