Releases February 28, 2020
When Cecilia's abusive ex takes his own life and leaves her his fortune, she suspects his death was a hoax. As a series of coincidences turn lethal, Cecilia works to prove that she is being hunted by someone nobody can see.

Catch up with the latest trailers in under 60 seconds, including Mulan, Minions: The Rise of Gru, The Jesus Rolls, and "Good Girls."

February Picks: The Movies and TV Shows You Can't Miss
a list of 23 images
updated 2 weeks ago

Search for "The Invisible Man" on Amazon.com 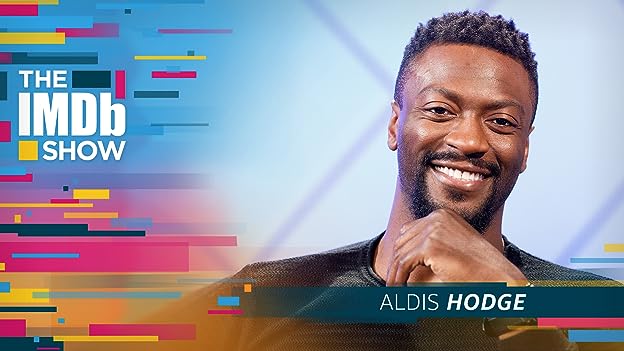 Aldis Hodge, star of Sundance Grand Jury Prize winner Clemency, breaks down his performance and tries to justify an inter-franchise mystery on his IMDb page.

After a famous author is rescued from a car crash by a fan of his novels, he comes to realize that the care he is receiving is only the beginning of a nightmare of captivity and abuse.

A former HS basketball phenom, struggling with alcoholism, is offered a coaching job at his alma mater. As the team starts to win, he may have a reason to confront his old demons. But will it be enough to set him on the road to redemption?

Satire about the world of the super-rich.

After a family moves into the Heelshire Mansion, their young son soon makes friends with a life-like doll called Brahms.

Voyeuristic hotel clerk becomes the subject of a murder investigation.

A sadistic mastermind unleashes a twisted form of justice in SPIRAL, the terrifying new chapter from the book of SAW.

The film follows Cecilia, who receives the news of her abusive ex-boyfriend's suicide. She begins to re-build her life for the better. However, her sense of reality is put into question when she begins to suspect her deceased lover is not actually dead. Written by Max

What You Can't See Can Hurt You

Rated R for some strong bloody violence, and language. | See all certifications »

Elisabeth Moss once voiced a young girl in an episode of Batman: The Animated Series. The plot featured a man who had found a way to become invisible and at one point attempted to abduct his daughter, played by a young Moss. See more »

Q: Is this still part of the Dark Universe or is it a standalone movie?
See more »
Getting Started | Contributor Zone »