2h 27min | Crime, Drama | TV Mini-Series (2020)
Episode Guide
3 episodes
0:21 | Trailer
2 VIDEOS | 73 IMAGES
Quiz tells the story of Charles Ingram, a former British army major, who caused a major scandal after being caught cheating his way to winning £1 million on the game show 'Who Wants To Be A Millionaire?'

At last, it is Charles Ingram's turn in the hallowed hot-seat.

When television producer Paul Smith puts everything on the line to make ITV quiz show and overnight sensation 'Who Wants to be a Millionaire?', one family's much loved pub-quiz hobby turns into ...

Persecuted and hounded by the public and press - Charles, Diana and Tecwen head to court.

New and Upcoming VOD, DVD, and Blu-ray Releases
a list of 87 titles
updated 3 weeks ago

May Picks: The Movies and TV Shows You Can't Miss
a list of 33 images
updated 5 months ago

Search for "Quiz" on Amazon.com 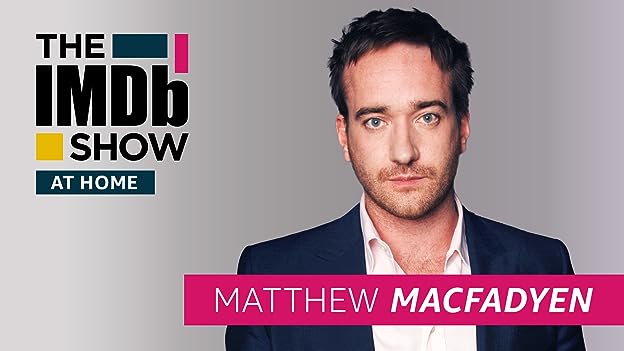 The Emmy-nominated actor shares stories from the set of "Succession" and celebrates his co-stars' many hidden talents, from American accents to surprise raps.

Quiz tells the story of Charles Ingram, a former British army major, who caused a major scandal after being caught cheating his way to winning £1 million on the game show 'Who Wants To Be A Millionaire?'

Are you ready to play?

Mark Bonnar worked with the wife of Matthew Macfadyen, Keeley Hawes, in Line of Duty: The Ambush (2014). See more »

How is it Michael Sheen does Chris Tarrant better than Chris Tarrant? (Is that your final answer?)
18 April 2020 | by Shaun_of_the_Dude – See all my reviews

So I've reviewed almost all major ITV dramas and I've been less than favourable with some of their output. Their formulaic and 2d approach to some real-life dramas is often as appealing as a date with one of the Eggheads.

Usually, their characters are very underwhelming regardless of the genre and it always strikes me that their dramas are either under or over-rehearsed (more likely the former).

However, I have to say, that this is what becomes when a good script with a good director make drama-love and make little drama babies. The acting is spot-on and the production levels are great (along with burgundy Escort).

Maddog Macfadyen plays Ingram with more than enough elasticity and whilst this, may again, down to the script, McSwegan hits it out the park. He actually gives the 2-D Ingram a lot of spikes and dips; I really wasn't sure on him, but his and Sheen's chemistry really somehow elevates this drama to a different level. They played together in Frost/Nixon and I'm fairly certain they've tread the boards once or twice... possibly in the Scottish play. Here's a bit of pop trivia for you - Macfadyan had a bit-part in QT's Grindhouse... someone stuck their thumbs in his head and killed him... bad form, bad form. I also don't know why I have this in my head, but I could've sworn he had a small role in Shaun of the Dead or something... Answers on a postcard please.

Nonetheless, when I first heard of the casting - I genuinely thought that the roles would be reversed; I thought that Sheen would play Ingram whilst McDoughall played the overly-physical Chris Tarrantula. Good on him I guess, but if Mr. Tarrant had went to hug me on the set of Millionaire, I think I'd have stolen the chequebook out of his pocket - so I can't criticise Ingram for essentially being the Gopher in, what appears to be, a rather depressingly instance of Great British invention (social hacking). We mastered the art of 'man in the middle' in Rule Britannia, and the people involved in this are only carrying on that tradition.

Regardless, this programme tries to balance the boardwalk of objectivity - but anyone with two brain cells can see that they (ITV) sideloaded this programme and I wouldn't be surprised at all if we see a return of WWTBAM with Michael Sheen presenting as Chris Tarrant (he does do CT better than CT does himself - it's creepily odd - the man is a Welsh alien no, not A WELSH ALIEN, but a Welsh alien shape-shifting bi-product of the craft).

The ensemble are very good also, and whilst this is almost definitely down to the script and direction, there isn't a dropped line nor missed beat... The actors do their jobs immaculately here and I really hope ITV take something away from this programme.

However, the pacing is sometimes a bit whirlwind and this is quite possibly down to post, but in-camera, Stephen Frears has crafted a piece which could literally sell by the bucket-load.

The camerawork is great and is a relative charm considering ITV's production houses often revert to talkie-walkies and faux handheld with zooms, pans and awkward tilts (there isn't enough tilts on TV - we need more tilts).

It's actually quite in-depth and at three-episodes long, it doesn't feel enough; but in all honesty, it probably could've done with a bit more courtroom as even with my own research, there was quite a lot that this programme glossed over.

And with that, there are one or two scenes which comes across like a contemporary Carry On, namely, the bloody confetti.

It is hard not to draw conclusions after seeing this and you will find yourself digging up a little more on this subject - that is good TV... And I hope ITV get their fingers out and craft a behind-the-scenes for this as I personally would love to have seen what went on behind the camera with regard to direction and production.

But, go, stop reading this absolute sermon of a review and give it a watch - it's well worth the 40 minutes of advertisements whilst you browse eBay for a pair of socks.

One for the post-broadcast researchers:

A level up from ITV in a time where our nation needs it most. Keep it up and please now produce a programme based on Jimmy Saville with Micheal Sheen. I once pitched this to someone in Glasgow in a revolving doors elevator pitch thingio and quickly s**t myself when I realised I was actually in the BBC Scotland and not ITV... The lady laughed and quickly fluttered her eyes when she realised I was serious, which I guess is the main thing.

On the whole, I really hope you go and give it a watch - whoever you are. But don't sit in judgement over the persons involved in this; or at least, try not to. You've got a 50/50 chance of getting it right either way and if you ask the audience, they'll tell you they're downright cheats (no-one likes that word, and I suspect this is all a bloomin' matter of interpretation and semantics).

Ask yourself what you would have done if you were in their situation; they thought they were smarter than the average folk and quite possibly entitled to be on the gameshow. Whatever their motivations were for doing what they did (exploiting technology to get more money and get to the front of the queue), it really does beg the question "If the Ingrams managed to nearly pull this off, how many more have used tech-aided exploits to get ahead?