The Best TV and Movies to Watch in August

Search for "Justice League" on Amazon.com 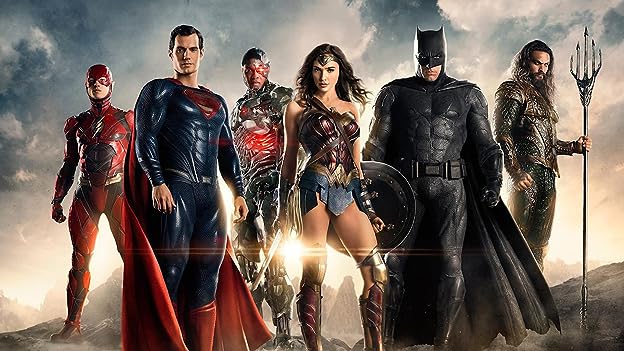 On this IMDbrief, we take a look at everything you need to know about the fan fueled Snyder Cut of Justice League.

Fearing that the actions of Superman are left unchecked, Batman takes on the Man of Steel, while the world wrestles with what kind of a hero it really needs.

An alien child is evacuated from his dying world and sent to Earth to live among humans. His peace is threatened, when other survivors of his home planet invade Earth.

As Scott Lang balances being both a superhero and a father, Hope van Dyne and Dr. Hank Pym present an urgent new mission that finds the Ant-Man fighting alongside The Wasp to uncover secrets from their past.

Peter Parker balances his life as an ordinary high school student in Queens with his superhero alter-ego Spider-Man, and finds himself on the trail of a new menace prowling the skies of New York City.

Fueled by his restored faith in humanity and inspired by Superman's selfless act, Bruce Wayne enlists the help of his newfound ally, Diana Prince, to face an even greater enemy. Together, Batman and Wonder Woman work quickly to find and recruit a team of meta-humans to stand against this newly awakened threat. But despite the formation of this unprecedented league of heroes-Batman, Wonder Woman, Aquaman, Cyborg and The Flash-it may already be too late to save the planet from an assault of catastrophic proportions. Written by ahmetkozan

Bruce Wayne is said to have been operating as Batman for twenty years when the movie takes place. It matches with the 20th anniversary of Batman & Robin (1997). See more »

The Amazons trying to prevent Steppenwolf from grabbing the Mother Box merely have his hands on him; they are not grasping his garments or pulling on him. See more »

There is a scene in the closing credits: Superman and the Flash race each other. See more »

Justice League is, unfortunately, plagued with post-production issues.
25 February 2018 | by TheMovieDiorama – See all my reviews

Here we are. The Justice League. DC's greatest superheroes come together to save the world...and what is the first scene you ask? Henry Cavill's CGI'd shaved face. Ohhh dear...yup...we're in for quite a ride. So with Superman dead, Batman and Wonder Woman must arrange a team of gifted individuals to stop the world destroyer Steppenwolf from, you guessed it, destroying the world. Sighhhh...I kinda just want to hug this film and repeatedly whisper "there, there...it'll all be alright.". Apprehensively, I went into this unmotivated and expecting the worst superhero film since Suicide Squad. Fortunately, this isn't that bad. But, it's not great either. The film's greatest achievement is the coalition of the Justice League members. Their interactions, mannerisms and even their physicality was pretty much on point. Aquaman, although absolutely useless in this, had the physical prowess of a beastly underwater warrior. The Flash was quirky and provided several comedic moments. Cyborg was essentially the technological logistics manager. Wonder Woman and Batman were the parents who lead their children into battle. Heck, she even refers to them as children! Yet it all worked so well. Remember, this is a comic book adaptation, so the humour and light hearted nature of its source material does show. The human CGI for the most part was actually executed well (far better than "Thor Ragnarok") and the slow motion scenes with The Flash were gorgeous to watch. Snyder is typically style over substance, which is apparent here. The story is so boringly uninspired that it defines the word "lazy". I cannot be dealing with another 'save the world' situation. I'm also becoming irritated with underused, bland and weak villains who are supposed to be absurdly powerful. Steppenwolf was wasted potential. Constant use of green screen, hit and miss script, rushed third act...just too many flaws I'm afraid. Was it too soon for a Justice League film considering no origins for Aquaman, The Flash and Cyborg yet? Personally, I think so.

Q: Who are the members of the League?
Q: Editor's Forum:
Q: Why doesn't Superman beat up Steppenwolf in 1 second flat and be done with it all? Surely he's no match for Supes. Just seems like a huge plot hole
See more »
Edit