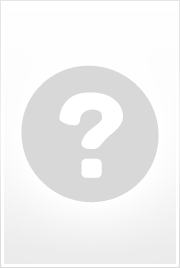 Search for "Loving & Cheating" on Amazon.com

Traditional marriage vows ask couples to "forsake all others." Marrying partners look each other deep in the eye and say "yes." But does monogamy work? LOVING & CHEATING explores the gray areas of commitment and infidelity and with ardor and provocation touches issues everyone can identify with, but rarely anyone wants to talk about. A former male stripper and his wife discuss the effects of their mutual affairs; a young engaged couple confront their differing views on cheating; a Baptist minister and his wife reflect on the success of their 50 year marriage; a middle-aged couple who call themselves "poly-amorous" explain how they opened their marriage. The widely read advice columnist Dan Savage weighs in with his audacious opinions, along with other therapists and other "sexperts." Interwoven throughout the film are surprising and hilarious archival clips from news reels, sexploitation films and home movies. Written by Thom Powers

William Stayton is first introduced as one of the couples being interviewed, without on screen credit or his name being verbalized, but later, he is shown without his wife, dressed in suit and tie, and credited as "minister & sexologist." See more »