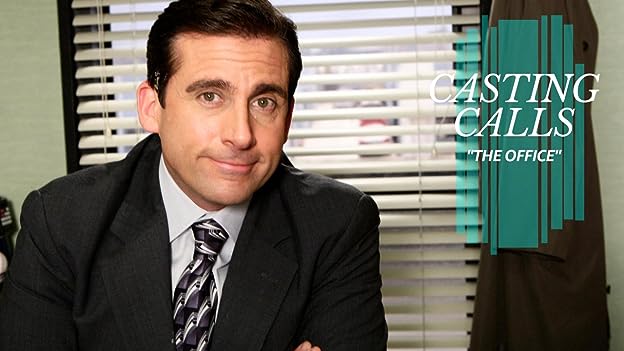 Angela Kinsey is described by her fellow co-workers as the complete opposite of her character (Angela Martin). See more »

Michael Scott: Occasionally, I'll hit somebody with my car. So sue me.
See more »

This show really is outstanding, in fact its the only show i think i can rate as a 10.

From watching the original uk series back in 2001 on bbc TV, i never thought an American remake would stand any ground whatsoever. When the first series aired in the uk it did'nt really make its mark, and unfortunately never caught on. I was disappointed when it disappeared from our screens, and then quickly forgot about it. I thought it had 1 series and crashed and burned. Then one day i was checking out the reviews for evan almighty on IMDb and noticed that steve carel had still been making this show. I had to get hold of it and see it, And to my joy there was 5 series waiting for me. I never get into TV like i have done with this, i ended up watching 10 episodes in a day, i think i did all 5 series in just under 2 weeks. This show is funny, its acted brilliantly, its over the top, totally crazy but totally entertaining. If your ever down just bung on a couple episodes from good old dunder miflin in scranton and you cant go wrong.

Gervais said that 2 series of the office in the uk was enough. And that he did'nt want to take it further. I know he helps on the US version, and i sure he is surprised to see 6 series already of what i can only describe as the best American sitcom of all time!!

Q: What is Andy's ringtone in "The Return"?
Q: How is Michael not simply fired?
Q: What is the song Creed sings in the Benihana Christmas episode?
See more »
Edit