The Best TV and Movies to Watch in November

Check out our editors' picks for the movies and TV shows we're excited about this month, including the premieres of "Marvel 616," Proxima, and more.

Search for "Lost in Translation" on Amazon.com

A Guide to the Films of Sofia Coppola 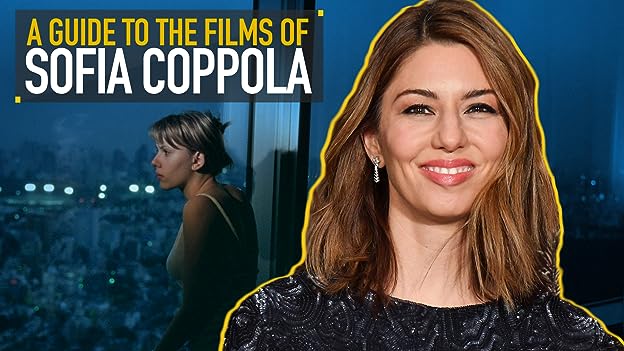 From The Virgin Suicides and Lost in Translation to On the Rocks, IMDb dives into the cinematic stylings of Academy Award-winning writer and director, Sofia Coppola.

Middle-aged American movie star Bob Harris is in Tokyo to film a personal endorsement Suntory whiskey ad solely for the Japanese market. He is past his movie star prime, but his name and image still have enough cachet for him to have gotten this lucrative $2 million job. He has an unsatisfying home life where his wife Lydia follows him wherever he goes - in the form of messages and faxes - for him to deal with the minutiae of their everyday lives, while she stays at home to look after their kids. Staying at the same upscale hotel is fellow American, twenty-something recent Yale Philosophy graduate Charlotte, her husband John, an entertainment still photographer, who is on assignment in Japan. As such, she is largely left to her own devices in the city, especially when his job takes him out of Tokyo. Both Bob and Charlotte are feeling lost by their current situations, which are not helped by the cultural barriers they feel in Tokyo, those cultural barriers extending far beyond just not... Written by Huggo

Rated R for some sexual content | See all certifications »

When Bob lies alone near the beginning of the movie (just before he gets a fax), the clock reads 4:20 in a close-up shot. At the end of the following long-distance shot, the clock is blurry, but clearly changes (probably to 4:21). In the following shots, it's back to 4:20. See more »

[first lines]
Ms. Kawasaki: Welcome to Tokyo.
Bob: Thank you very much.
Ms. Kawasaki: My name is Kawasaki. Nice to meet you.
Bob: I've heard of you. Thank you.
See more »

At the end of the closing credits, Hiromix (Hiromi Toshikawa), seen throughout most of the party sequence, waves to the camera. See more »

A lot of my friends told me the movie was dull and had no story line. However, i thought it was a moving story about love and relationships and life in general. I believe if people watched the movie they'd like it more for the subtle brilliance that prevails. The roles played by Bill Murray and Scarlett Johansson performed flawlessly with enough emotion as necessary. It will now be one of my favourite films though not action - packed it is a masterpiece of emotion and through the use of clever cinematography enthrals the viewer. I would suggest this is more of a chick flick though I'm sure most men will understand the true emotion of the film.