PG | 1h 50min | Action, Drama | 16 May 1986 (USA)
0:51 | Trailer
12 VIDEOS | 198 IMAGES
As students at the United States Navy's elite fighter weapons school compete to be best in the class, one daring young pilot learns a few things from a civilian instructor that are not taught in the classroom. 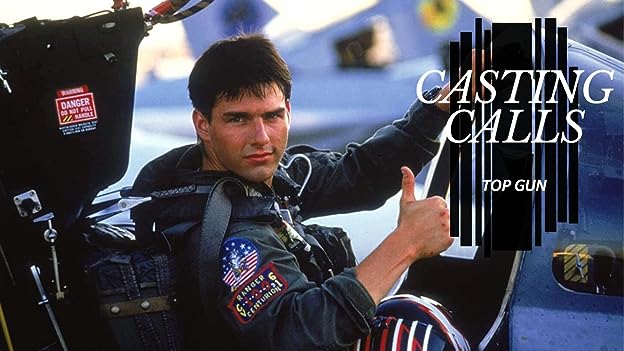 Up there with the best of the best. See more »

Pete "Maverick" Mitchell's first name was Evan in early scripts of the film. It was later changed to Pete as an homage to Pete Pettigrew, who worked on the film. (Pettigrew appears in the bar scene early in the film as Charlie's older male date.) See more »

Iceman and Slider wear patches and insignia from then Attack Squadron 25 (VA-25) now Strike Fighter Squadron (VFA-25) the "Fist of the Fleet." VA-25 never operated F-14s. At the time that the movie was filmed VA-25 flew A-7 Corsairs. Currently VFA-25 Flies the F/A-18C Hornet See more »

Following the pictures of actors in the film in the closing credits, a brief shot is shown of two F-14s flying by amidst a red sky with a mountain in the background. The closing credits play over this mountain sunset scenery. See more »

If there's ever proof of the cachet of Naval Aviation, this is it. Those poor Air Force guys got a trio of "Iron Eagle" flicks that went from bad to horrible, whereas the Navy flyboys got this great 1980's classic. Sure, it's cheesy and corny, but it makes the cheese and corn taste pretty damn good. A cynic might argue that it's just a two hour long Navy recruiting ad (one that worked for me, two years later I found my ass in Pensacola sweating through AOCS, short for Aviation Officer Candidate School, the program immortalized in "An Officer and a Gentleman") but by making a pro-Navy movie, the filmmakers also got invaluable technical assistance from top Navy aviators, and it shows.

For starters, although this movie takes numerous liberties in order to entertain, the basic setup, in which fighter pilots from the fleet get sent to NAS Miramar, aka, "Top Gun" for intensive training, is 100% accurate. The Navy, back during Vietnam, was getting sick of losing too many pilots in air-to-air combat. The problem, they discovered, was their fighter jocks had been trained for purely long-range missile interceptions, meaning they'd lost their dogfighting skills. And, in Vietnam, several American planes were accidentally shot down by their own side by missiles, so, as a safety factor, enemy planes had to be visually identified, meaning American pilots were back to engaging the enemy at short range, hence the need for dogfighting. The "Top Gun" school was started as a result, and the rest is history.

Now, back to the movie. Tom Cruise is Maverick, a hotshot pilot but also somewhat unstable. If "Risky Business" launched his career as a movie star, then "Top Gun" cemented it. Guys wanted to be like him, and women of course lusted after him. The plot is pure formula, but executed with consummate professionalism. The team who put this movie together knew exactly how to push all the right buttons. But the crème de la crème is surely the flying. I don't think that any movie, before or since, has ever rendered air combat in a more convincing and dramatic fashion. For nearly 100 years fighter pilots have been the modern equivalent of olden knights, men who brought a sense of glamour and romance to the deadly art of war, and this movie gives them a fitting tribute.

Q: What military conflict is going on in the movie? Is there an actual war, or just one isolated incident against Soviet fighter planes for some reason?
Q: What is Top Gun about?
Q: Which motorcycle does Tom Cruise ride in the movie?
See more »
Edit