James Bond
a list of 26 titles
created 1 day ago

Search for "From Russia with Love" on Amazon.com

Sean Connery: Highlights From His Career on Screen 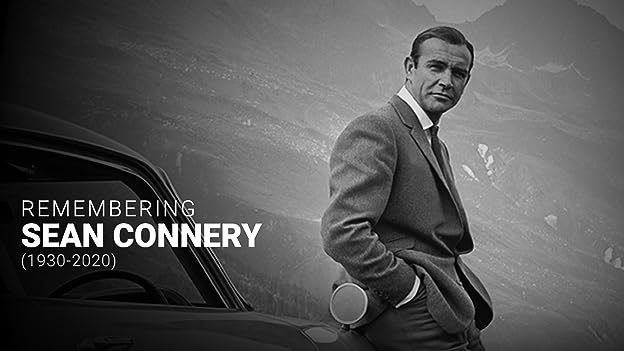 We pay tribute to Sean Connery, the silver screen legend and Oscar-winning actor best known for Goldfinger, The Untouchables, and Indiana Jones and the Last Crusade.

James Bond 007 is on the search for a Russian decoding machine, known as "Lektor". Bond needs to find this machine, before the evil S.P.E.C.T.R.E. organization discovers it. While being romantically linked with Russian girl, Tatiana Romanova, Bond sneaks his way around Istanbul, while each S.P.E.C.T.R.E. Agent tries to pick him off, including the over powering Donald "Red" Grant and ex K.G.B. Agent Rosa Klebb, who knows all of the tricks in the book, and even possesses an incredible poison tipped shoe. Written by simon_hrdng

Bond films in UK are shown on ITV. This film was also shown on BBC 2 as part of a series of films. See more »

When "Q" is showing Bond the new tricked-out attaché case and its equipment, he explains the new "AR-7 folding sniper rifle". That rifle doesn't fold; it disassembles, and its components are stored within its stock. See more »

THE END NOT QUITE THE END JAMES BOND WILL RETURN IN THE NEXT IAN FLEMING THRILLER.. "GOLDFINGER" See more »

The original cinema release was cut by the BBFC to receive an "A" rating: See more »

This has to be my favorite bond. It mixes the best aspects of an action movie with the necessary espionage. Recent Bond attempts have moved away from the "spy-game" aspect and rely more on large explosions to dazzle the viewer. Kerem Bey, the Turkish spy leader, is as much a partner and foil for Bond as there ever was. Any movie with a gypsy fight, absurd helicopter assassination attempts, and boat chase has to be great.

Also, Daniella Bianchi is my favorite Bond girl. Her truceau is as sexy as it gets, though this is a subject every true Bond fan will debate about. The only objection is that they dubbed her voice into a more coarse, Russian accent. Overall, it is a wonderful movie that spans the globe and defeats SPECTRE. James Bond will return, but never with as much intrigue, beauty, and suspense as "From Russia With Love".

Q: What exotic places does Bond visit in this movie?
Q: Does Ian Fleming have a cameo in this film?
Q: How does the title play into the movie?
See more »
Edit

From Russia with Love See more »