Kedvenc sorozatok
a list of 45 titles
created 4 months ago 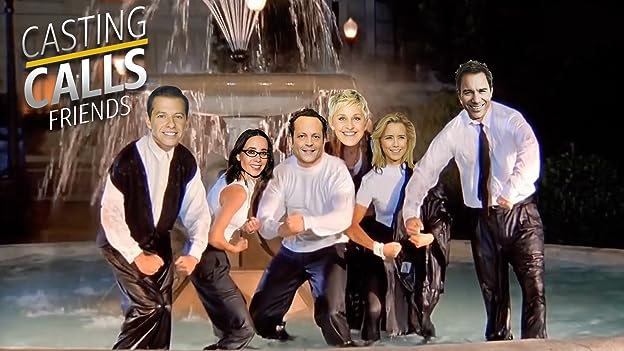 Courteney Cox was a neat freak just like Monica, and would clean others' dressing rooms. See more »

Joey and Chandler's apartment has a heat radiator in the living room by the window. In later episodes it is not there. There's also a radiator in the hall just outside their apartment that disappears in later episodes. The wall of the kitchen at the door (at side of refrigerator) there are kitchen gadgets/dishes and food on shelving. That disappears forever in later episodes. The tub in their apartment appears and disappears depending on what is going on. Open bathroom door shows no bathtub at all against the back wall, then shows a sink, then tub with shower curtain for. Chandler playing with the duck in the tub shows it back against the wall again. There's nothing on the wall behind their kitchen sink, then there are shelves, then there is a microwave, no shelves. Monica's apartment has some type of 'awning' over the kitchen area that disappears in later episodes (remember she bonked Ben's head on it and Ross ran into it). Joey claims someone across the way from Monica's apartment with a telescope is looking at him in his apartment. There's no way that could happen based on the view outside that window, plus no way could anyone watch him cooking via a window. Monica never locks her apartment door, yet the day Joey tries to hide from his crazy stalker, Brooke Shields, the door is locked and he and Chandler cannot get in. See more »

Ross: If you're going to call me names, I would prefer Ross, the Divorce Force. It's just cooler.
See more »

'Friends' is simply the best series ever aired. The acting is amazing; after watching a few episodes you stop referring to the actors by their real names altogether, even if they appear in another movie. The characters are addictive, none are completely positive or negative. It would be quite easy to get along with or to be very annoyed by any of them in real life. Yet, all of them together (or even divided in groups) create this amazing chemistry that most people desire and few lucky ones have. The humor is wonderful, no matter what type of humor you like, you will get to a point where you will find at least something absolutely hilarious. There is slapstick, some light humor, some dark humor, some raunchiness, some cheesiness - a little bit of everything. The story is captivating; viewers keep coming back to see what situation fate (being the writers) puts the characters in today. It is truly a television masterpiece.

There are, however, many people who scoff at the mentioning of 'Friends'. My guess is they've never seen or paid attention to the show. It's easy to discard something because "everyone likes it" and be "unique", when in reality the uniqueness is actually bias. Just watch a few episodes with before making any judgements - chances are you'll fall in love with it too. I would have serious doubts about one's sense of humor if I heard that they hated 'Friends'.

Q: What exactly happened to the first chick and duck? It says they died, but does it ever say how?
Q: What are The Friend's Addresses?
Q: What are the words for Phoebe's song "Smelly Cat"?
See more »
Edit