PG | 1h 50min | Action, Drama | 16 May 1986 (USA)
0:50 | Trailer
11 VIDEOS | 196 IMAGES
As students at the United States Navy's elite fighter weapons school compete to be best in the class, one daring young pilot learns a few things from a civilian instructor that are not taught in the classroom.

Megathek leihen
a list of 23 titles
created 3 weeks ago 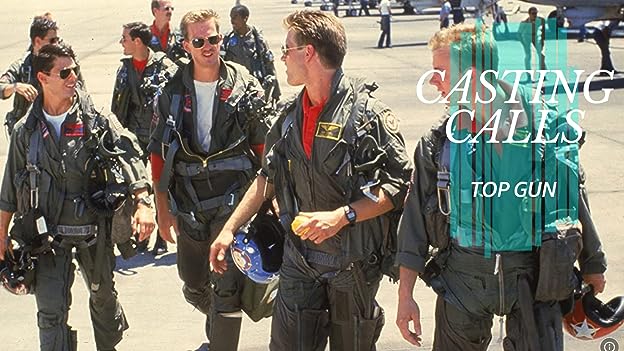 When a sports agent has a moral epiphany and is fired for expressing it, he decides to put his new philosophy to the test as an independent agent with the only athlete who stays with him and his former colleague.

Selfish yuppie Charlie Babbitt's father left a fortune to his savant brother Raymond and a pittance to Charlie; they travel cross-country.

A young lawyer joins a prestigious law firm only to discover that it has a sinister dark side.

A young hot-shot stock car driver gets his chance to compete at the top level.

An American agent, under false suspicion of disloyalty, must discover and expose the real spy without the help of his organization.

IMF agent Ethan Hunt comes into conflict with a dangerous and sadistic arms dealer who threatens his life and his fiancée in response.

The biography of Ron Kovic. Paralyzed in the Vietnam war, he becomes an anti-war and pro-human rights political activist after feeling betrayed by the country he fought for.

A Chicago teenager is looking for fun at home while his parents are away, but the situation quickly gets out of hand.

The IMF is shut down when it's implicated in the bombing of the Kremlin, causing Ethan Hunt and his new team to go rogue to clear their organization's name.

A dramatization of the July 20, 1944 assassination and political coup plot by desperate renegade German Army officers against Adolf Hitler during World War II.

If Maverick and Goose flew their planes as close in reality as seen on the screen with one upside down above the other they would have crashed, See more »

Before the closing credits, we see the cast members and the character roles they have played. See more »

Top Gun is a high quality, visually stunning film that does all it can to take your breath away. It is the excellently choreographed dog fights that remain in the mind longer than anything as they are high octane, dazzling bursts of excitement which bring the film to life. However, fighter jet sequences do not make a film and it is the plot where Top Gun has some occasional problems.

Parts of the story are overly cheesy and clichéd. The proud to be American theme is dire, repetitive and anyone who dislikes over patriotism in films will despise this. The story line involving Tom Cruise and Tom Skerrit approaches boredom and is the pinnacle of Top Gun's cheese. 'Cheese' is OK, as long as it is not serious and that is where that specific story line falls flat. The fun cheesy parts are some of the films best moments. The volleyball scene is truly a classic and the four actors involved are genuinely enjoying themselves. The relationship between Tom Cruise and Anthony Edwards is also very moving at times and the dynamic they have makes for great viewing.

The acting is what saves Top Gun from being Tinsel town garbage. Tom Cruise launched his career with this film. His cocky smile makes him perfect for this role and Cruise does fantastically at portraying a determined, passionate character. It is the emotional scenes where Cruise really sets himself apart from his peers. Cruise provides the few scenes where the audience are made to feel any emotion and he carries out his responsibility creditably. Anthony Edwards as Goose is also effective as the man who takes second spot to Cruise's Maverick. He is instantly popular with the audience with his wit, humour and charm. Val Kilmer and Rick Rossovich are great as the rivals. They play off each other really well and do a fantastic job to personify arrogance. Michael Ironside does what he does best and once again, manages to go through a whole film without smiling.

The story between Cruise and Kelly McGillis is very romantic and sensual. The heat between them is conveyed very well on screen and it is this that sets Top Gun above films such as Iron Eagle and Chuck Norris films.

Berlin's 'Take My Breath Away' is a song that still gets a good deal of airplay and suits this film to perfection; it's cheesy and its 80s. The music is very effective at setting the mood and complements the feel of the film.

Top Gun is a film that achieves its objectives, to entertain. If you're looking for intelligent writing or mass thought provocation, this film isn't for you. Top Gun is best suited to those who desire to switch off their brain and enjoy.

Q: Why aren't more F-14s launched for the final dogfight against the MiGs at the end of the film? It seems a little silly to only send up two with Maverick in reserve.
Q: What aircraft are seen in the movie?
Q: What are the Top Gunners' real names?
See more »
Edit