New movies
a list of 40 titles
created 10 months ago

Was 'The New Mutants' Set Haunted? 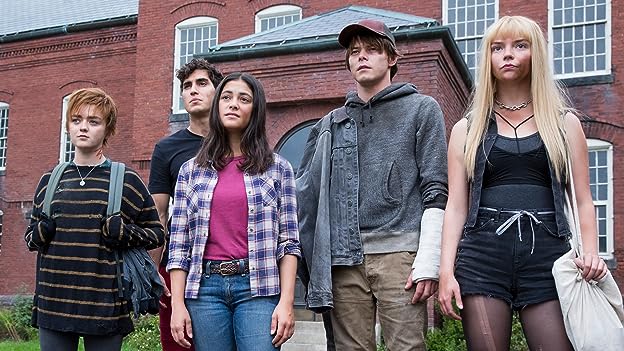 Filming in a century-old psychiatric hospital, The New Mutants cast and crew experienced a few ... unexplained events. Hear about what what went bump in the night for Maisie Williams, Anna Taylor-Joy, and their costars.

There is something new to fear. See more »

@garcwrites: This movie is a slow burn that gives you enough time to get to know the new mutants but it's not very atmospheric. It doesn't put you in the mood, despite the horror vibe of the piece. I never felt anxious, or worried for any of the characters.

Even if the tone is a bit of a miss for me, it is a smartly constructed story. I felt I got the characters. I understood their fears, their traumas, and why they were the way we found them on an intellectual level but I hardly felt for them. I can't say that the actors didn't pull their weight, even though they are no oscar worthy performances, but giving that the atmosphere wasn't really there nothing elevated the work they put in.

The action scenes and visual effects were great for what they were going for, but in comparison to the sets looked like an expensive new car in a junk yard. The facility they were in is so rundown and cheap looking that I couldn't believe that it had voice activated locks. It would have been easier to believe that the doors opened and closed because of a Mutant's power.

The New Mutants felt like a great idea that wasn't totally followed through. There is a gun-shy feeling to it. They didn't go all the way or didn't strike the right tone. The first half of Josh Trank's Fant4stic Four felt more ominous than this entire movie. Unless they going for an intellectual horror superhero movie - if that's a thing - it worked! Because I understood what I was suppose to feel but never experienced any of the emotions.