Godzilla: King of the Monsters

Damsel
A Time Lost
Details only on IMDbPro »

September Picks: The Movies and TV You Can't Miss
a list of 17 images
updated 3 weeks ago

How much of Millie Bobby Brown's work have you seen? 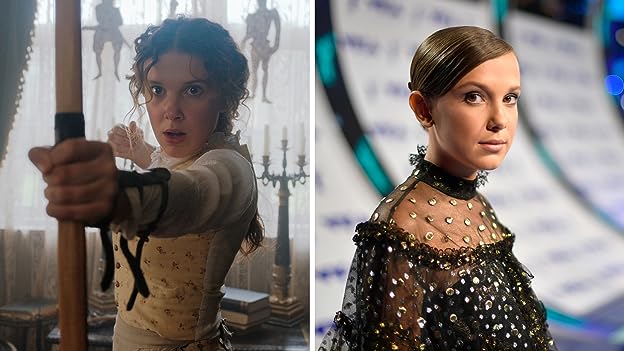 I'm a bit of a movie buff, and I'm kinda into '80s stuff. I just love the hair and the whole look! I also love Twilight (2008). And I'm obsessed with Jodie Foster. She was a child actress too. I always dreamed of her directing an episode of Stranger Things (2016)! See more »

One dimple on her right cheek See more »