November Picks: The Movies and TV You Can't Miss
a list of 28 images
updated 1 month ago

2020 TV Guide: The Best Shows Coming This Year
a list of 60 images
updated 9 months ago
Create a list »

How much of Sonequa Martin-Green's work have you seen?

The Rise of Sonequa Martin-Green 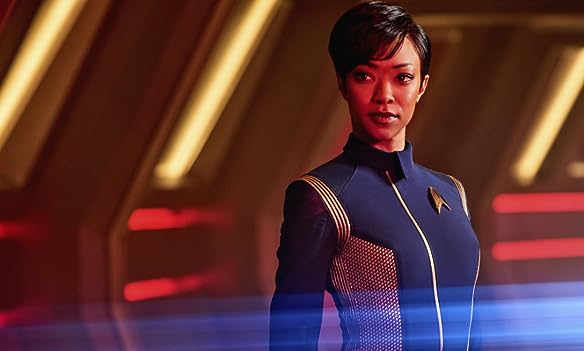 Take a look at the film and TV career of "Star Trek: Discovery" star Sonequa Martin-Green.

Jump to: Actress | Producer | Writer | Thanks | Self | Archive footage
Hide

Show all 7 episodes
2014 On the Bridge (Short) (executive producer)

Thanks (1 credit)
2016 The Walking Dead: The Journey So Far (TV Movie documentary) (special thanks)

I was on track to change my name. In college, I was dead set on it. I was going to change it to Sonè or something [laughs]. But my mentor at the time, Seth Panitch, who teaches at UA [the University of Alabama], said, "No! Don't do that. You should keep it. That's you." I said okay and I never thought about it again. See more »

Pictured as the character Commander Michael Burnham on one of a set of 18 British commemorative postage stamps issued 13 November 2020, celebrating the "Star Trek" television and film franchise. Stamps were issued as 12 individual stamps, honoring captains and crew members; and 6 stamps in a single souvenir sheet, highlighting heroes and villains. All stamps were nondenominated and marked first ... See more »