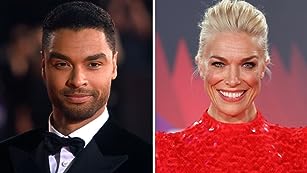 How much of Corneliu Porumboiu's work have you seen?

Jump to: Writer | Director | Producer | Thanks | Self
Hide

2013 When Evening Falls on Bucharest or Metabolism

2013 When Evening Falls on Bucharest or Metabolism

[on The Treasure (2015)] At the beginning, I wanted to make a documentary. A friend of mine, Adrian Purcarescu, who is an actor and director, told me about a legend, according to which the people in his great grandparents' village had buried their fortunes before the arrival of the communists. I took a film crew with me, a specialist also joined us with a metal detector, and we all went to search... See more »

Member of the 'Official Competition' jury at the 6th Beijing International Film Festival in 2016. See more »