The Billion-Dollar Film Club: 50 Movies to Reach $1 Billion Worldwide
a list of 50 images
updated 1 day ago

June Picks: The Movies and TV You Can't Miss
a list of 30 images
updated 1 week ago

Our Most Anticipated Sequels, Prequels, and Spin-Offs
a list of 43 images
updated 1 month ago
Create a list »

FAVORITE ACTORS
a list of 32 people
created 1 week ago

How much of Benedict Cumberbatch's work have you seen?

'Doctor Strange 2' Stars Through the Years 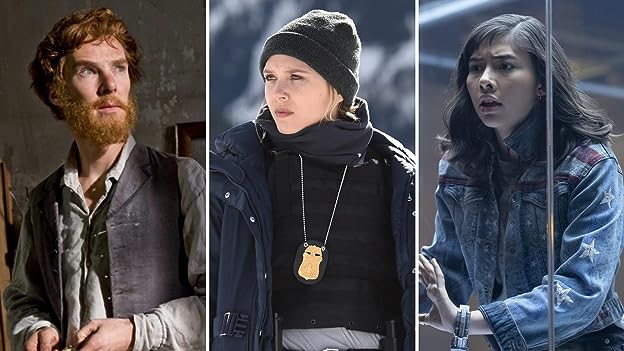 Take a look back at some early roles of the stars of Doctor Strange in the Multiverse of Madness, from Vincent van Gogh to the Baby-Sitters Club.

2021 The Mauritanian (producer - produced by)

I've been very lucky at what's happened in my career to date, but playing something as far from me as possible is an ambition of mine - anything from a mutated baddy in a comic book action thriller, to a detective. If anything, I'd like Gary Oldman's career: he's the perfect example of it. I've love to have a really broad sweep of characters - to be able to do something edgy, surprising and ... See more »

His female fans were originally known as "Cumberbitches", but are now known as the "CumberCollective" or "Cumberpeople". Cumberbatch is uncomfortable with the term "Cumberbitches" because he says its non-inclusive and pejorative. See more »