Snow White and the Huntsman

Down Under Cover
Details only on IMDbPro »

July Picks: The Movies and TV You Can't Miss
a list of 29 images
updated 4 weeks ago
Create a list »

Action stars
a list of 32 people
created 1 week ago

How much of Chris Hemsworth's work have you seen?

'Thor: Love and Thunder' Stars Through the Years 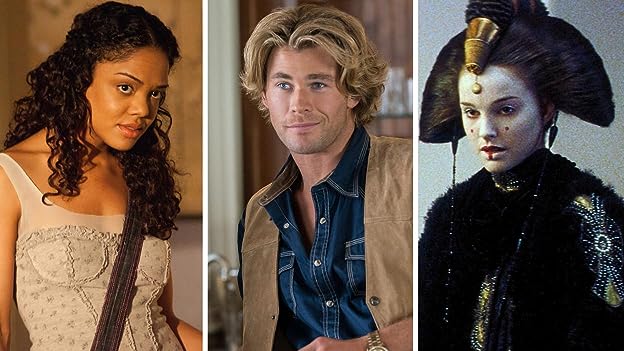 From Queen Amidala to Stone Crandall, take a look back at the TV and movie roles of Natalie Portman, Tessa Thompson, Chris Hemsworth, and the stars of Thor: Love and Thunder.

[In an appearance at San Diego Comic-Con on July 26, 2014, noting that, in the paper Marvel Universe, the new Thor will be a woman] I don't want to speak too early and jinx it, but I think that could be my Oscar. See more »

He was awarded the AM (Member of the Order of Australia) in the 2021 Queen's Birthday Honours List for his services to the performing arts and to charitable organisations. He is an actor in Melbourne, Victoria. See more »