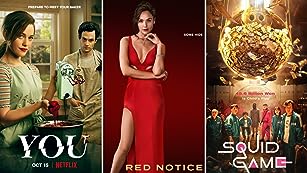 Check out the best new and upcoming movies and series on Netflix.

To Be Two
Details only on IMDbPro »
Create a list »

How much of David Lowery's work have you seen?

2008 A Catalog of Anticipations (Short)

2021 The Green Knight (written for the screen by)

2017 The Yellow Birds (screenplay by)

2008 A Catalog of Anticipations (Short) (writer)

2008 Blood on the Highway (assistant camera)

2016 Approaching the Unknown (thanks)

2016 Hunt for the Wilderpeople (very special thanks)

2014 Her Wilderness (special thanks)

2014 Something, Anything (special thanks)

2014 Kumiko, The Treasure Hunter (the filmmakers wish to thank)

2011 The Innkeepers (special thanks)