April Picks: The Movies and TV You Can't Miss
a list of 29 images
updated 1 week ago

Screenwriters Ranking
a list of 38 people
created 1 month ago

How much of Justin Theroux's work have you seen? 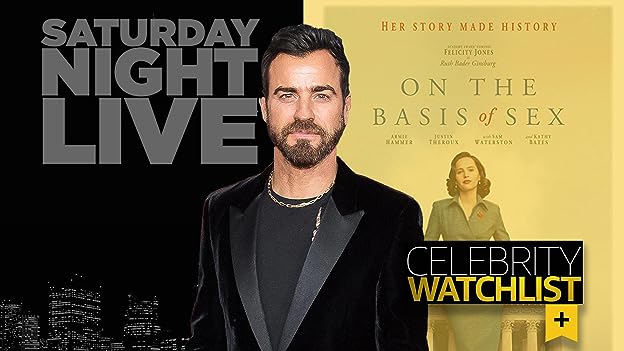 Not sure what to watch tonight? On the Basis of Sex star Justin Theroux has some picks ... and, yes, Step Brothers is one of them.

Not sure what to watch tonight? Justin Theroux is here to help, with his Watchlist recommendations. See what's on his Watchlist and add on to your own.

Producer (6 credits)
2019 Live in Front of a Studio Audience: 'All in the Family' and 'Good Times' (TV Special) (executive producer)

2019 Live in Front of a Studio Audience: Norman Lear's 'All in the Family' and 'The Jeffersons' (TV Special) (executive producer)

Thanks (3 credits)
2016 The Brothers Grimsby (special thanks)

If I was roped into a seven-year TV contract I'd probably hang myself. It's a TV show - selling cars, cereal, soda pop. TV is like that. The shows are incidental to the commercials. I always laugh when TV shows pat themselves on the back for being cutting-edge. I mean, an interracial kiss on Ally McBeal (1997) is cutting-edge? I've never been shocked by anything on television, except the news. See more »