March Picks: The Movies and TV You Can't Miss
a list of 18 images
updated 4 months ago

How much of John Cameron Mitchell's work have you seen?

"The Sandman" Cast Through the Years 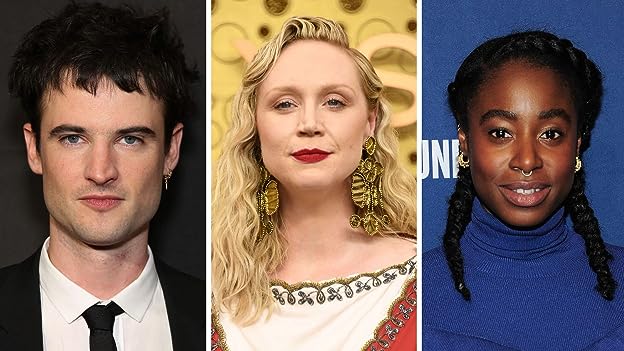 See Tom Sturridge, Kirby Howell-Baptiste, Gwendoline Christie, and the rest of the cast of "The Sandman" in their most iconic roles.

2017 How to Talk to Girls at Parties (screenplay by)

2001 Hedwig and the Angry Inch

2017 How to Talk to Girls at Parties (producer)

2015 Larry Kramer in Love and Anger (Documentary) (special thanks)

2009 Starz Inside: Sex and the Cinema (TV Movie documentary) (special thanks)

2008 When Kiran Met Karen (special thanks)

2007 Abbey of Thelema (special thanks)

2005 Forty Shades of Blue (special thanks)

2003 Whether You Like It or Not: The Story of Hedwig (Video documentary) (very special thanks)

2000 Margaret Cho: I'm the One That I Want (TV Special documentary) (thanks)

Self (49 credits)
Broadway: The Next Generation (Documentary) (filming)
Self
2022 Angelheaded Hipster: The Songs of Marc Bolan & T. Rex (Documentary)

(Summer 2011) He wrote the book for the musical, "Hedwig and The Angry Inch," in a Perishable Theatre in the Citizens Bank Theater and Pell Chafee Performance Center production at the Trinity Repertory Company Theatre in Providence, Rhode Island. Megan Sandberg-Zakian was director. Stephen Trask was composer and lyricist. See more »