Second actors
a list of 22 people
created 1 month ago

How much of Jake Gyllenhaal's work have you seen? 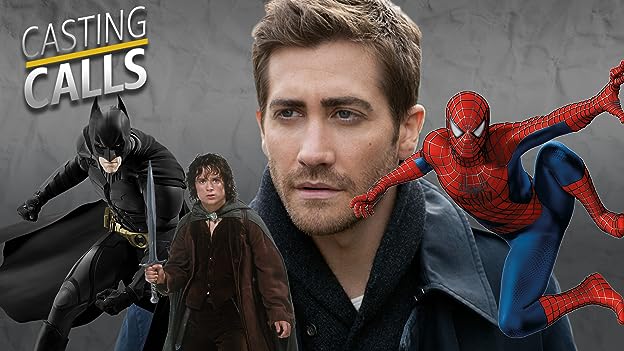 Jake Gyllenhaal has famously donned a cowboy hat, combat gear, and even a bubble, but he's also missed out on a number of roles, including multiple superhero movies and a 90's classic.

See some of the roles Jake nixed

The Anarchists vs ISIS (announced)

The Anarchists vs ISIS (producer) (announced)

The Man Who Made It Snow (producer) (announced)

Thanks (6 credits)
2019 Running with Beto (Documentary) (special thanks)

2015 A Bigger Splash (the director wishes to thank)

Appeared in music video for Vampire Weekend's "Giving Up the Gun". See more »

7 Things Jake Gyllenhaal Did To Get That Body in Southpaw! | Facebook | See more »

Some movies you fall a step behind and some you stay in the same place, make the same choices. And then sometimes there are people who know more than you but show you, and that's the maximum you can hope for - doing that with someone who says, "I like you for what you are, and I want you to be in my picture." I didn't have to fake it or put on a mask - all the resources I had inside me were more ... See more »

As young as age twenty, has often played a character whose fiancée or wife is killed at the beginning of the film. Sometimes, she is specifically the collateral victim of gun violence aimed at someone else (Moonlight Mile, Southpaw) See more »