Clybourne Park
Details only on IMDbPro »

The Billion-Dollar Film Club: 50+ Movies to Reach $1 Billion Worldwide
a list of 51 images
updated 1 month ago

Fan-made cast and crew for upcoming film adaptation of The Chronicles of Prydain: The Castle of Llyr
a list of 33 people
created 1 month ago

Fan-made cast and crew for Disney's The Chronicles of Prydain: The Book of Three film adaptation
a list of 33 people
created 10 Nov 2017

How much of Martin Freeman's work have you seen?

'Wakanda Forever' Stars Through the Years 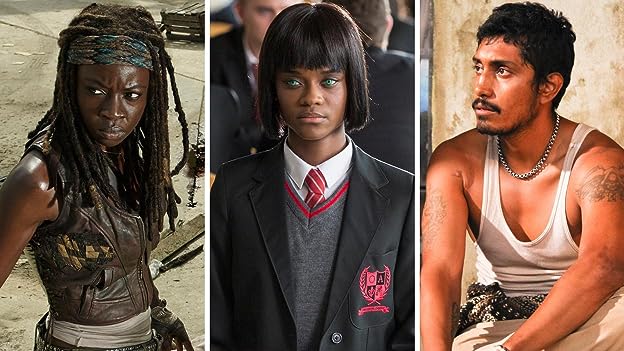 Take a look back at the TV and movie roles of Danai Gurira, Letitia Wright, Tenoch Huerta, and more stars of Black Panther: Wakanda Forever.

2015 Tubby Hayes: A Man in a Hurry (Documentary) (executive producer)

Thanks (1 credit)
2013 Completing the Golden Mile: The Making of 'World's End' (Video documentary) (special thanks)

Appeared as a guest on Jonathan Ross's show on BBC Radio 2. See more »

I'm afraid I don't have a very pragmatic or unromantic view of props. I don't imbue them with any great sense of mystery or anything. See more »

Was on the British national squash squad from the age of nine to fourteen. See more »