April Picks: The Movies and TV You Can't Miss
a list of 29 images
updated 2 weeks ago

Editors' Picks: Streaming TV and Movies on Prime Video
a list of 40 images
updated 5 months ago

Favorite Actors
a list of 29 people
created 10 months ago

Actor & actress
a list of 48 people
created 6 days ago

How much of Idris Elba's work have you seen? 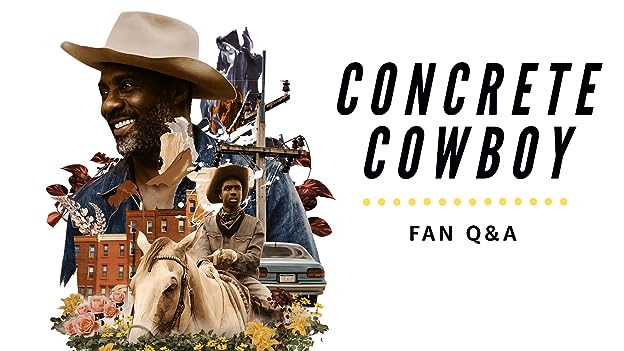 Concrete Cowboy stars Idris Elba and Caleb McLaughlin answer IMDb fan questions and reveal who's a better dancer, their experience with horses and urban cowboys, and an intense behind-the-scenes moment.

2021 The Harder They Fall (post-production)

2015 Mandela, My Dad and Me (Documentary) (executive producer)

2014/I No Good Deed (executive producer)

[on the diversity of projects he's been involved with and if there's any kind of role that frightens him] I would never be fearful of any character. I think there's a tendency for actors like myself, and I don't mean to generalize myself, but I've played "men's men", if you will, characters that are simmering rage and calculated. There's a trend not to play anything that is opposed to that. I ... See more »

Pictured as the character Krall on one of a set of 18 British commemorative postage stamps issued 13 November 2020, celebrating the "Star Trek" television and film franchise. Stamps were issued as 12 individual stamps, honoring captains and crew members; and 6 stamps in a single souvenir sheet, highlighting heroes and villains. All stamps were nondenominated and marked first class (76p on day of ... See more »