Sundance 2020: Acquisitions
a list of 11 images
updated 5 months ago

How much of Paul Bettany's work have you seen? 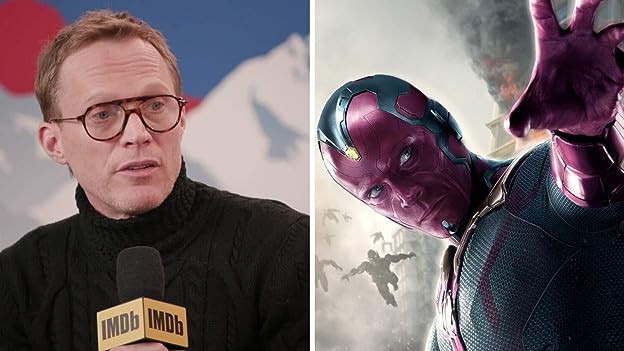 After months of anticipation, Marvel fans will soon get a first look at the upcoming Disney Plus show "WandaVision." According to Paul Bettany, aka Vision, the show is "bonkers."

Thanks (1 credit)
2003 Dogville Confessions (Documentary) (thanks)

[on "Charles Darwin", whom he plays in Creation (2009)] - I couldn't believe the amount of violence that you can find on the Internet directed at a man who's been dead for a very long time. There's vicious diatribes full of hatred for Darwin. Actually, he was, by all accounts, one of the sweetest human beings you can possibly imagine. But there are still a lot of people who just can't accept his ... See more »

Nominated for Best Actor for his role in Gangster No1 by London Film Critics Circle Awards. See more »