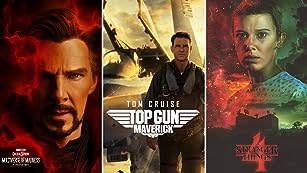 How much of Leonard Rosenman's work have you seen?

1960 The Rise and Fall of Legs Diamond

1978 The Lord of the Rings (conductor) / (music producer - uncredited)

Show all 152 episodes
1967 A Covenant with Death (conductor)

1962 Hell Is for Heroes (conductor - uncredited)

After all, you're supporting something. That's what I do. The main thing is that you have communication with the filmmaker. By the time you get it, they've been on it for years. In six weeks I'm expected to crystallize their ideas. Psychologically, it's very stressful for them because it's the only time they lose control of the film. See more »

Oscar and Emmy award-winning American film composer, a graduate from the University of California, Berkeley. Studied composition under Arnold Schoenberg, Roger Sessions and Luigi Dallapiccola. In addition to his often modernistic film scores (of which a notable example is The Cobweb (1955)), he wrote a double-bass concerto, two violin concertos and, in 1996, the "Dinosaur" symphony. See more »