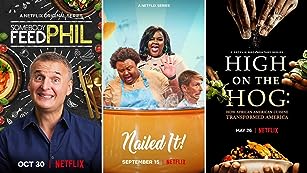 Voyage to the Bottom of the Sea

How much of Irwin Allen's work have you seen?

Show all 30 episodes
1962 Five Weeks in a Balloon (screenplay)

1957 The Story of Mankind (screenplay)

1956 The Animal World (Documentary) (written by)

1953 The Sea Around Us (Documentary) (commentary written by)

1979 Beyond the Poseidon Adventure (producer)

Show all 30 episodes
1962 Five Weeks in a Balloon (producer)

1961 Voyage to the Bottom of the Sea (producer)

1953 The Sea Around Us (Documentary) (producer - produced by)

1979 Beyond the Poseidon Adventure

1953 The Sea Around Us (Documentary) (uncredited)

Unsold pilot: Pe produced pilot for a proposed sci-fi series for NBC to be called "City Beneath the Sea" which starred Glenn Corbett, Francine York and Lloyd Bochner. The series was rejected, but the concept was recast and became a TV movie in 1971 (_City Beneath the Sea (1971) (TV)_ (v)) with Stuart Whitman in the starring role. See more »

Nightmares are my best source of entertainment. See more »

When his career took a downturn and three of his big-budget/all-star movies in a row bombed at the box office (The Swarm, Beyond the Poseidon Adventure and When Time Ran Out) Allen's nickname of "The Master of Disaster" suddenly had a new, less than flattering meaning. See more »

The Master of Disaster