Why the 'Downhill' Cast Will Never Work Together Again

Hear from the cast and filmmakers of Downhill at the IMDb Studio at Acura Festival Village at the 2020 Sundance Film Festival.

Marvel Universe
a list of 34 images
created 1 day ago

Black Superheroes
a list of 43 images
created 3 months ago

How much of Wesley Snipes's work have you seen? 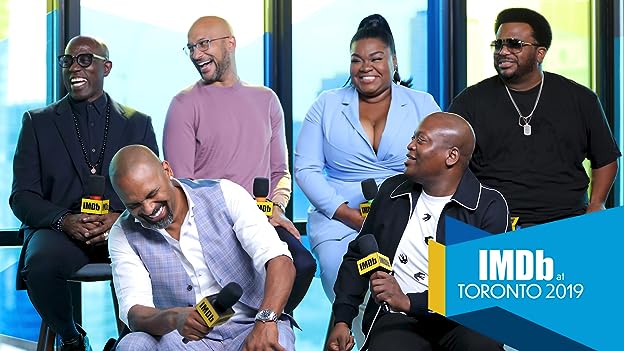 Craig Robinson and his Dolemite Is My Name co-stars talk "The Office" and other early projects they didn't think would become successful.

2012 Revelations of the Mayans: 2012 and Beyond (Documentary) (executive producer)

2000 The Art of War (executive producer)

I read that Asian women were bedroom generals. Some people think that means they're great in bed, but that's not the issue. They're talking about a place where the man is at his most vulnerable, where they have the most control. They don't have to beat him over the head to mow the lawn. They can whisper it in his ear and give him a kiss on the cheek and it's no problem. That's a general. (August ... See more »

Characters in his films, usually his own characters, frequently quote the literary classic "The Art of War", written by Sun Tzu around 500 B.C.E., which is widely regarded as the single best resource for training military special forces groups worldwide. See more »