How much of David Fincher's work have you seen? 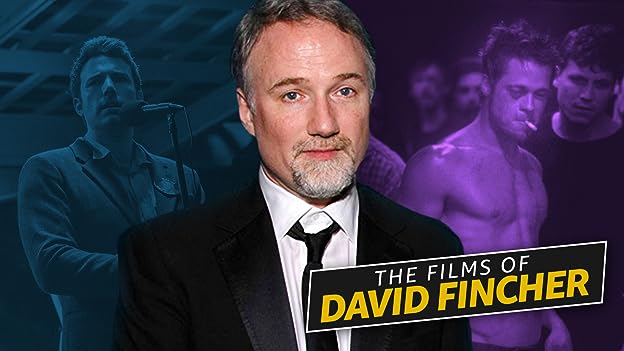 From cool color palettes to shocking reveals in movies such as Se7en and Fight Club, take a closer look at the trademarks of David Fincher's directorial style.

2006 Love and Other Disasters (executive producer)

2011 The Girl with the Dragon Tattoo

2008 The Curious Case of Benjamin Button

1989 Don Henley: The End of the Innocence (Video short)

1987 The Outfield: No Surrender (Video short)

1986 Jermaine Stewart: We Don't Have to Take Our Clothes Off (Video short)

1986 The Outfield: All the Love in the World (Video short)

1985 The Beat of the Live Drum (Video documentary)

2019 The Tomorrow Man (special thanks)

2016 Anomalous (the director wishes to thank)

2015 Errors in Geography: Leaving Donetsk (To Live in Donetsk) (Video short) (special thanks)

2015 Truth (the director wishes to thank)

2012 The Day I Kidnapped Tom Cruise (Short) (very special thanks)

2012 The Black Dahlia Haunting (special thanks)

2011 Exploring 'The Tree of Life' (Video documentary short) (special thanks)

2011 Wonderland (acknowledgment to the works of)

2010 Sympathy for Delicious (special thanks)

2007 This Is Zodiac (Video documentary short) (special thanks)

2005 The Aristocrats (Documentary) (special thanks)

2005 Thumbsucker (special thanks: for support)

2000 Keeping the Faith (special thanks)

1999 Being John Malkovich (thanks - as Fincher)

You cast movies based on critical scenes. In Gone Girl (2014) there's a smile the guy has to give when the local press asks him to stand next to a poster of his missing wife. I flipped through 'Google Images' and found about 50 shots of Ben Affleck giving that kind of smile in public situations. You look at them and know he's trying to make people comfortable in the moment, but by doing that he's... See more »

Like one of his main influences Stanley Kubrick, he demands a high number of takes for each scene in attempt to familiarize the cast with the film sets and dialogue as well as deconstructing their carefully constructed performances in favor of a more genuine performance. See more »

Known for his perfectionist tendencies, often shooting scenes dozens or even hundreds of times to get it exactly right See more »