LGBTQIA+ Movies and Shows to Watch This Summer

Celebrate the Summer of Pride with the latest shows and movies that have us laughing, crying, and embracing our best selves.

Saint Maize
Details only on IMDbPro »

The Billion-Dollar Film Club: 50 Movies to Reach $1 Billion Worldwide
a list of 50 images
updated 17 hours ago

How much of Helena Bonham Carter's work have you seen? 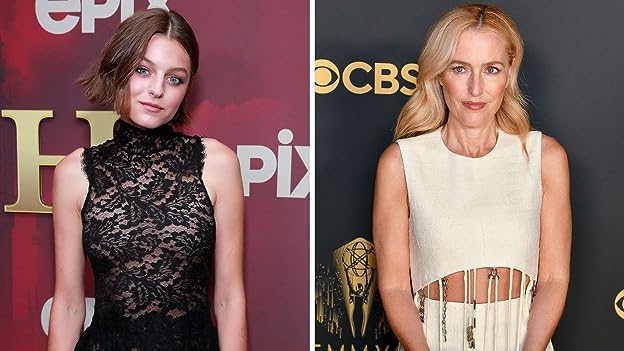 2012 Les Misérables (performer: "Beggars At The Feast", "Castle on a Cloud", "Master of the House", "One Day More", "The Robbery/Javert's Intervention", "The Thénardier Waltz Of Treachery", "The Wedding")

Thanks (7 credits)
2018 Ocean's 8: A Heist in Heels (Video documentary short) (special thanks)

2016 Inside Suffragette (Video short) (special thanks)

2013 Don't Say No Until I Finish Talking: The Story of Richard D. Zanuck (Documentary) (special thanks)

1999 Passion and Romance: The Wings of the Dove (Video documentary short) (thanks)

1995 Othello (special thanks - as Helena Bonham-Carter)

Wrote the foreword to the book "Put on Your Pearls, Girls" by Lulu Guinness and Martin Welch. See more »

[on witnessing your completed performance] You think you've transformed and then you see the bloody thing and you go, 'It's so me'. You think you've taken a holiday away from yourself and of course you haven't traveled an inch. It's painful, it's absolutely painful. But I've gotten better at recognizing those feelings and not getting involved in them. The first time you see your own film you want... See more »

She was denied admission to King's College, Cambridge University, not because of her grades or her test scores but because school officials were afraid that she would leave mid-term to pursue her acting career. Because of Cambridge's rejection, Helena decided to concentrate fully on acting. See more »